Movie Review: The Art of Getting By 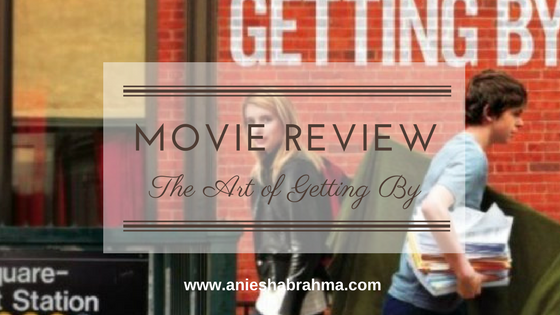 George, a lonely artist, doesn't believe in school life and refrains from going there. He meets Sally, a popular girl and now has a reason to attend school.

Remember the cute kid from Finding Neverland and Charlie and the Chocolate Factory? Yes, we're talking about the very one who stole your hearts in August Rush. Freddie Highmore is no longer the little kid he had portrayed in those movies...instead he has grown up to star in a high school drama named, The Art of Getting By (2011). The movie had been named Homework initially. At least, that's the name the trailer in youtube is listed under. 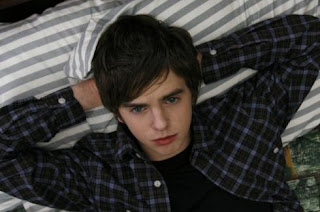 The Art of Getting By is the story of a young boy, George (Highmore) who once heard the quote, "We live alone, we die alone. Everything else is just an illusion" and becomes depressed when he realizes he is going to die one day. It makes him draw into his own shell and get labelled as the kid who never does his homework.

The Principal Bill Martin (Blair Underwood) isn't going to have any of that stupidity though. He tries to make George live up to his potential. But George never can finish his homework and hand it in on time. His acquaintance with Sally (Emma Roberts) makes it all the more difficult for him to stay in the comfort of his own shell. She makes him draw out, more than he knows.

Dustin Mason (Michael Angarano) is an ex-student of the school, who initially comes to deliver a talk on his art. But he is as clueless as George feels and the two connect instantly. It is obvious Dustin harbors a soft corner for Sally - the girl who George doesn't realize how much he's come to value and love.

There's isn't much of the good old drama in the movie, and climax isn't as hard hitting as one would like. It is one of those coming-of-age movies, and Freddie Highmore does justice to the character he plays. The boy's transformation from the don't care into the adult accepting responsibility and thinking about the future, has been beautifully done.

The soundtrack of the movie enhances the scenes, and special mention ought to be made of "Winter Lady" by Leonard Cohen.

All in all, The Art of Getting By, is one of the better movies that are offered in the market for the teenagers and young adults. It gives across a good message too: you'll die one day. But that shouldn't make you die everyday!

Email Post
Labels: movie review the art of getting by