Showing posts from September, 2012
Show all

The taxi went speeding past.

Nearly everyone on the street had to jump out of the way. The taxi driver didn't even bother to look back and see if he'd hurt anyone. If had turned back, he would've seen people shaking their fists at him, using words they'd normally avoid using. He was clinging to the wheel for dear life for he was convinced he'd boarded a crazy woman around ten minutes ago.

His passenger, the woman, was egging him on to go faster for she really need to catch a blue maruti speeding through the crowd, two cars ahead of them.

The taxi driver chose not to point out that the only damage would be if he accidentally hit other cars or worse people. The woman was almost ready to strangle him. She couldn't make him understand how important it was for her to catch that damn blue car! 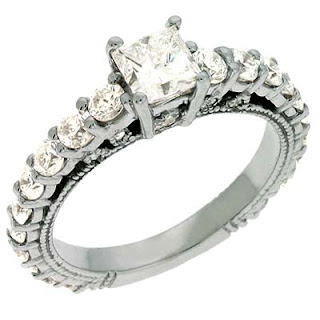 He pocketed the ring carefully, with a wry smile. It would be a long time before he reached into his pocket to bring out that ring again. He wondered whether waiting all these years for the right moment, he'd simply missed the bus.
As he walked away, his childhood sweetheart looked at his back, with tears in her eyes. She had grown tired of waiting for him and had got engaged last week. Her sense of responsibility refused to let her runaway with her childhood sweetheart into the sunset.
He recalled with much pain, that it had been quite a harassment to get the right ring for her. He laughed as he remembered his own discomfort at having to describe to the shop assistant exactly what kind of a ring he was looking for. He'd finally said, "The kind that professes love."
It had embarrassed him, and now the ring in his pocket seemed to make fun of him. He wished very much he could just throw away the damn thing. But it had cost him a fortune. It deserved a better burial…
2 comments
Read more

Everyone knew that the Babu was hiding something, but Rama didn't think she would stumble into his secret on a quiet Monday morning when the family had gone to visit the temple. She would swear to her friends in the evening that she had found it by accident. But in her heart of hearts, Rama knew she'd been snooping around her employer's house. She had taken full advantage of the fact no one was home that morning.

She had often wondered what lay beneath the thick mattress of Mr. Chowdhury's bed. Today, she finally discovered it. Upon lifting the mattress, she found herself staring at a photograph. She had wanted to let out a scream, but the muscles in her voice seemed to have contracted. Her eyes had widened with fear yet she couldn't move from her spot, staring at the photograph. It would've been anyone else's instinct to drop the mattress and runaway. But Rama had never been like anyone else.

I might be a little late in reviewing this colorful little story, but it was only yesterday that I managed to wrench out a few hours for myself :)

Tere Naal Love Ho Gaya is an unconventional romantic tale, where an unwilling bridesmaid (Genelia D'Souza), forces a wronged rickshaw driver (Ritiesh Deshmukh) to kidnap her! She gives him the idea to demand ransom money from her father. With that money, they would split it and go their separate ways...

Like any other Bollywood story, our hero and heroine begin to fall in love. The day arrives when the ransom money has to deposited...and there comes the new twist in the tale!

Another man comes and kidnaps them both!!!

What follows after this is a hilarious stay at the kidnapper's place, where Mini (D'Souza) is thoroughly enjoying herself and Viren (Deshmukh) is trying his best to escape.

So what happens in the end? Do watch the movie to find out... :))
Post a Comment
Read more
More posts