Review: Anne with An E 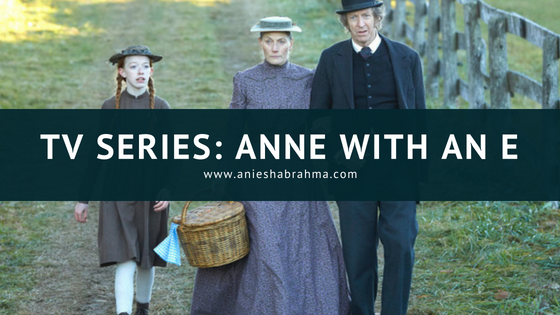 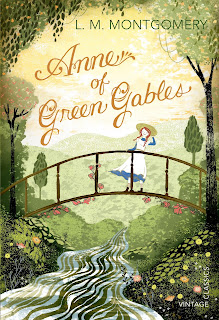 Anne of Green Gables was one of my absolute favourite novels as a young teenager. I discovered this book in the back shelf of my school’s library during the forty five minute library period we were assigned on Friday. I was in the sixth or seventh standard back then, I believe. I used to hate having a surname starting with the letter ‘B’ that would ensure I would get called upon during viva exams as one of the first students! But I didn’t mind going alphabetically during the ‘library class’ because it meant I had the best choices when it came to selecting books to take home for a week and especially the weekend. I loved borrowing books on a Friday. I usually didn’t have to study that evening and more often than not, I finished reading the book I would get from the library.

Anne of Green Gables was sitting quietly in one corner of the school cupboard when I happened to find it. I don’t know if it was the cover or the dog eared pages that appealed to me. I scanned the blurb and decided to take a chance on Anne Shirley. I haven’t regretted it to this day. I finished reading the book in no time, admired the friendship she shared with Diana Barry, laughed when Gilbert Blythe trying to be funny called Anne ‘carrots’ and even more, I loved reading the story of a hopeless little orphan girl turning into a wonderful young woman after receiving love, proper care and nourishment. It made me really happy. I do love the book, but I still don’t own a personal copy. 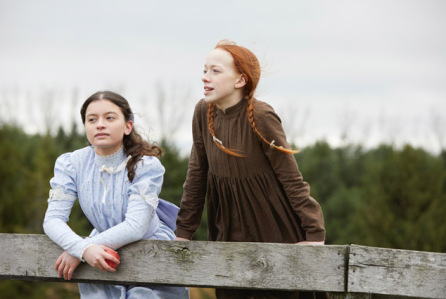 I found the sequel of the book, Anne of Avonlea, in the school library too and I loved that book as well. I discovered much later that the author, L.M. Montgomery, had written the entire series of Anne’s life and spanned into the lives that her children led as well. I had watched the made for TV movies based from the series years ago, but when Netflix announced Anne with an E, my curiosity piqued.

Anne with an E 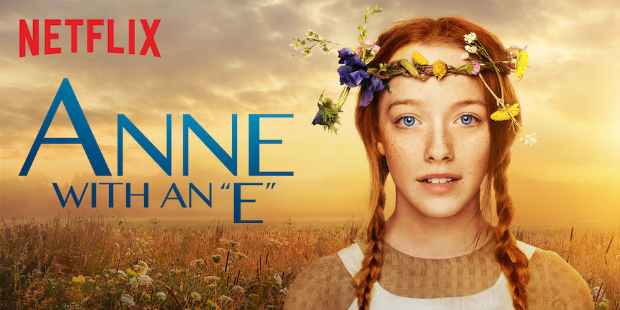 I binged the entire first season last night and I must say it is one of the most emotional tv series I have seen in a long time. While in the books Anne talks of her time before Green Gables nonchalantly, the one in the Netflix series suffers from anxiety attacks and clearly has PTSD from all the abuse she had faced from a tender age. It actually throws a whole new light over little Anne. Things I wasn’t equipped to think about as a teenager but as a person pretending to be an adult for the last ten years, this series has managed to hit me hard. 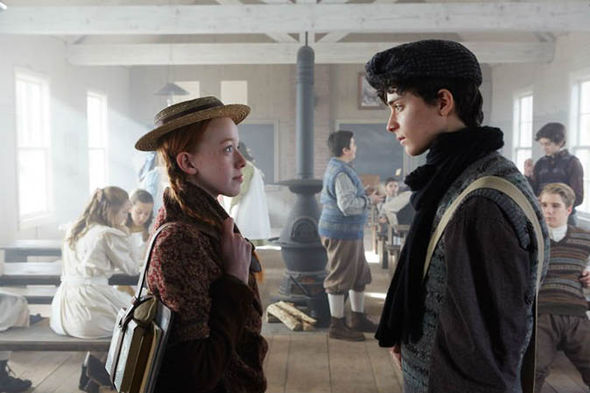 I spent more time crying over the emotionally charged scenes than I did appreciating the beautiful cinematography, the lovely script and the overall ability to capture the essence of Green Gables. Of course they took some liberties with the script (because at times I couldn’t remember reading a certain scene or character in the books) and fleshed it out more deeply. And as a series, I can see why that needed to happen. I look forward to seeing more of Anne of Green Gables. The young actors playing Anne (Amybeth McNulty) and Gilbert (Lucas Jade Zumann) share a lovely on-screen chemistry and you can see the rivalry that we had grinned about in the books. Matthew (R.H. Thomson) and Marilla (Geraldine James) Cuthbert are every bit as described in the books as is Mrs. Rachel Lynd (Corrine Koslo), Diana Barry (Dalila Bela) and even the ever so annoying Josie Pye (Miranda McKeon).

If you don’t know what to watch next, give Anne with an E a chance!