Musing: A Little Bit of Hope...(Foundation)

Since July 16th 2013, my life has revolved around Hope Foundation, just as much as it has revolved around myself. Well, I am not going to complain about that - ever. The children I've met, whom I've grown to love and care for, they are going through miserable childhoods. Jean Webster's dear character Judy Abbott had correctly noted that all children, no matter how bad their lives turn out to be, should have a happy childhood to look back on...

This isn't a childhood. This feels like a struggle, and despite it, the children still manage to be so sweet and innocent, that I never tire of telling stories about them. 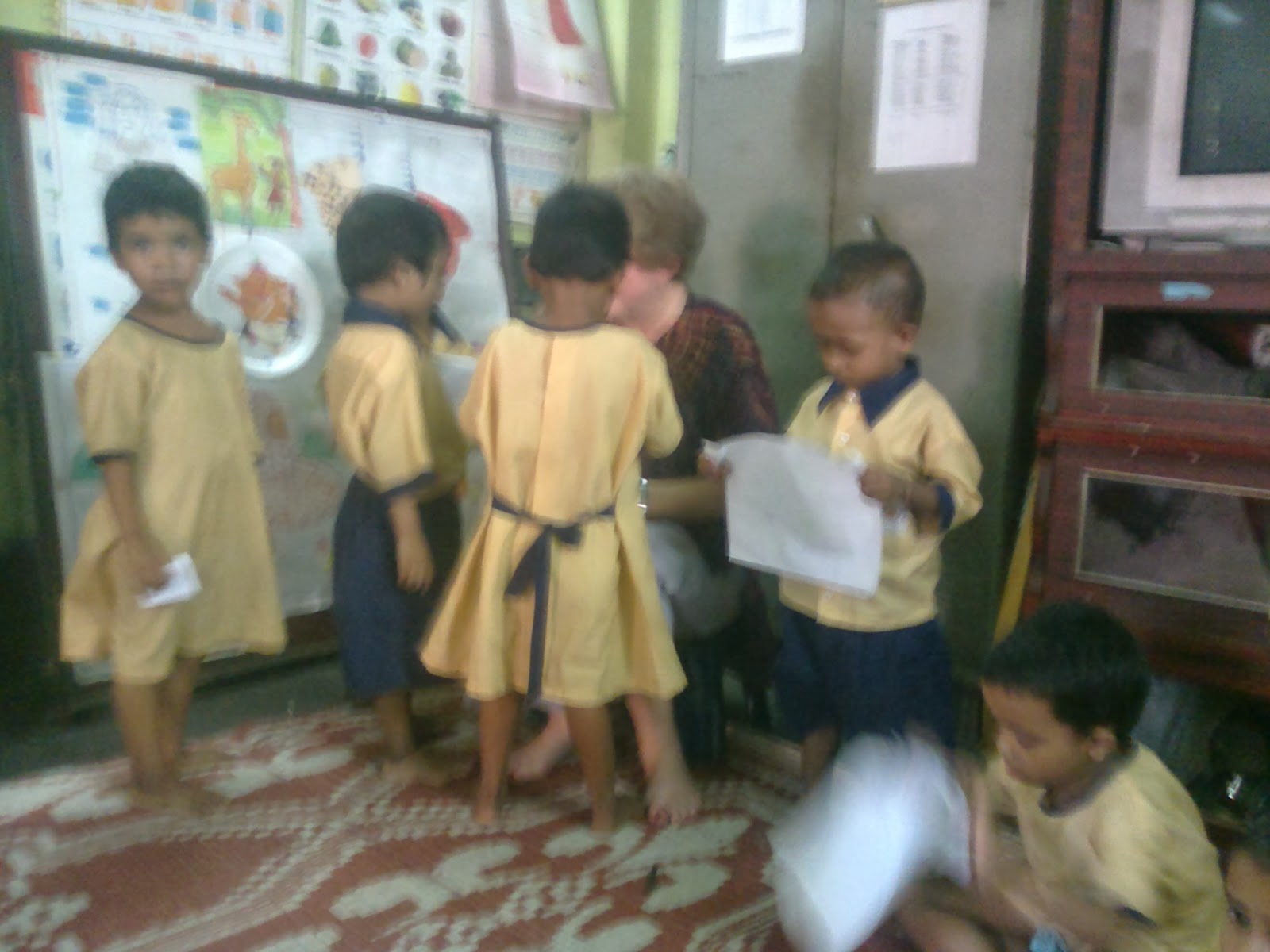 The first incident that comes to mind is that when I was given the task of teaching the creche children on my own. The girl, Baishakhi, who usually teaches them wanted to give her poor voice a rest - and so she, handed the books over to me (the A B C and basic counting books i.e.), and I could feel almost twenty pairs of eyes on me. I'm not the kind who likes attention given to her. When I realize people are listening to me - I tend to calm up, and stop talking altogether. But this, I firmly reminded myself, was volunteering. And I had to teach the children, no matter how much I despised public speaking.

I had a bright idea instead. I asked them if the knew any rhymes, I was rewarded an ear shattering, "YES!" So I asked them to tell me a poem they could all recite. What happened next was right next to a catastrophe...while five of them started reciting "Twinkle, Twinkle Little Star," the other half began shouting, "Aata gaache tota pakhi..." and even more began singing the Bengali vowel song, "O e ojogor ashche tere, aam ti aami khabo pere." I swear I hear a faint voice go, "Johnny, Johnny..."

Imagine the poems being shouted at the top of their lungs, directed right at you. It took us almost five minutes to make the children shut up. I could see the injured looks on their face as they were scolded for misbehavior. I told Baishakhi it was perhaps my fault and should have specified a rhyme... she rolled her eyes in reply. So we came to a better idea: I would ask them to tell me poems one by one. 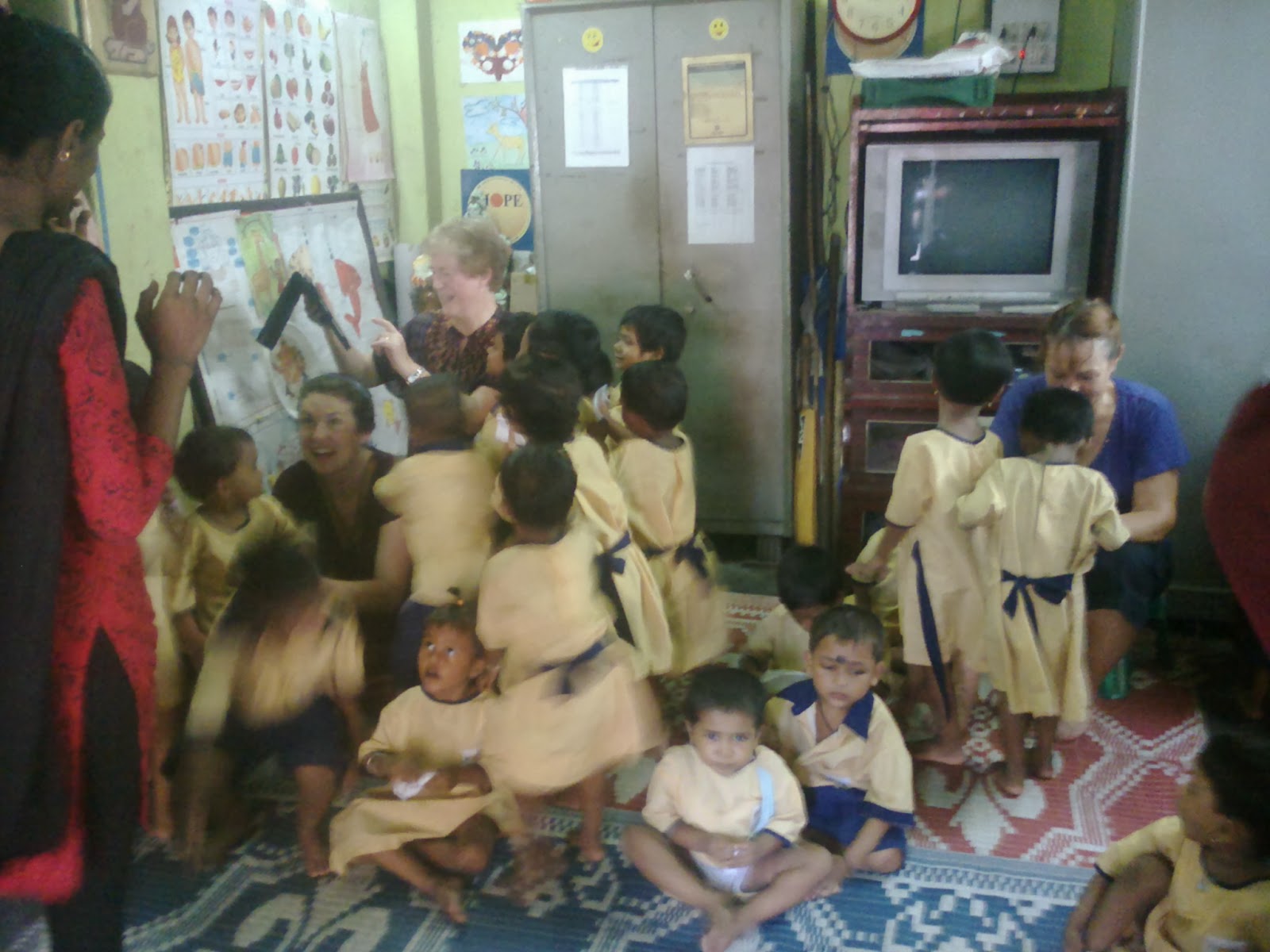 The next one was the day before Independence Day. I was around ten minutes late to class...I found everyone being given a rectangular piece of paper, and Baishakhi explaining, that we were going to color it the way she would demonstrate. It turned out we were going to make flags. She asked me to make the chakras for half of the flags...I told her I couldn't draw to save my life but I would try. From the huge collection of crayons, we dug out saffron, green and blue.
After she'd made one, she held it for the class to see, "Ei ta ki banalam bolo toh?" Tell me, what have I made?
"Pakkha!" Fan! One of the children immediately shout, and everyone follows suit, yelling that it's a fan...We tried in vain to tell them what is a flag and this one belongs to our country...and I discover, desh (country) to them has a different meaning altogether.
While the other teachers give up trying to explain a flag, I find a picture of the Earth with India's flag planted on it. I show it to the kids and ask, "Ei dekho - ei ta k potaka bol e... aar ei ta ki jano?" Look, this is called a flag, and do you know what this is? I'm pointing at the picture of the Earth. No one answers for half a minute, then a voice says confidently, "Rosogolla!" A round sweet - I cannot translate this one word, sorry!
*head desk* 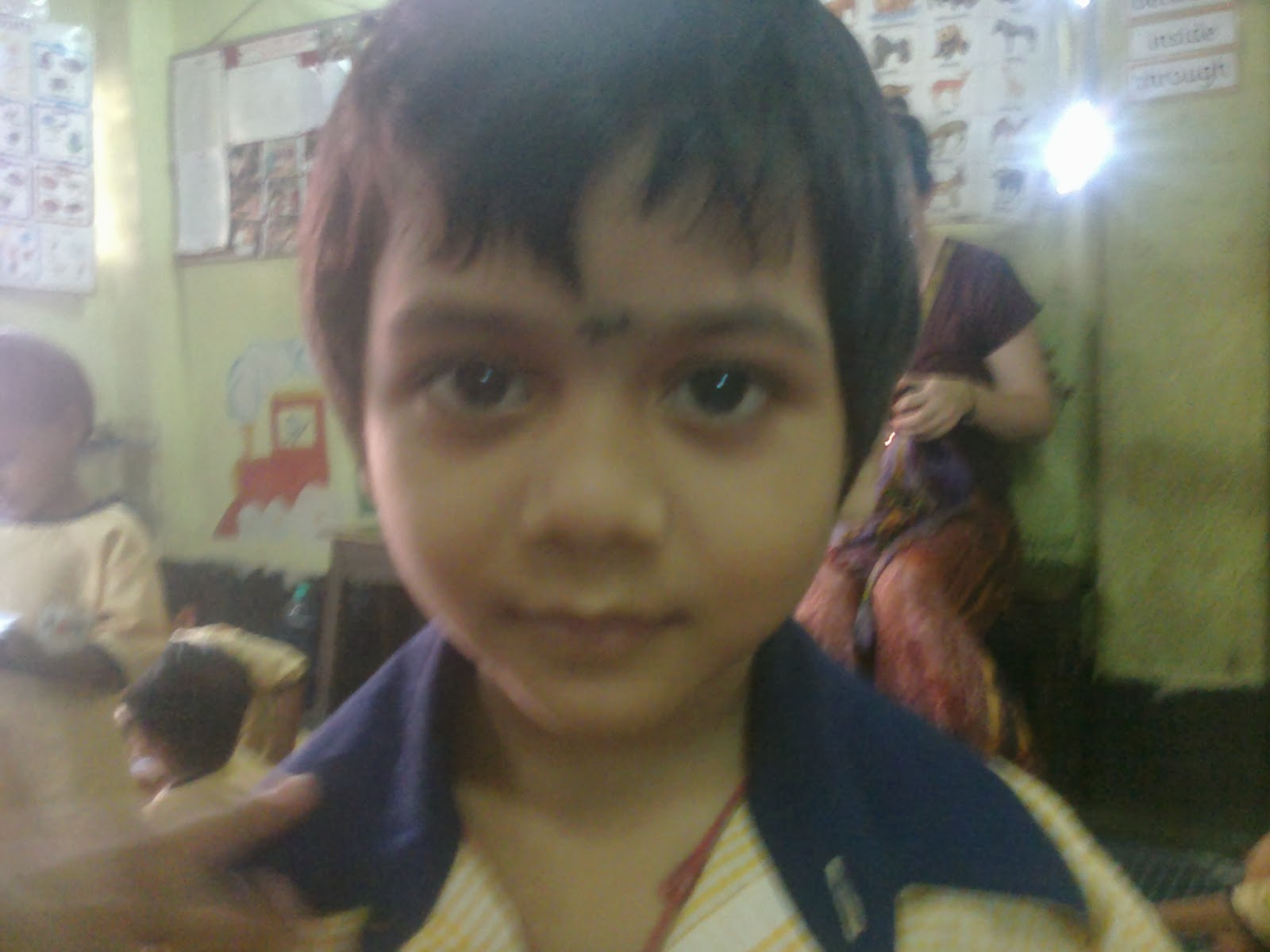 The last incident which comes to mind is during the time we were playing "Pass the Number." It's basically an exercise to help children identify numbers...so far, they can only identify 0, 1 and 2. Usually Baishaki shows the number to the whole circle, makes them repeat it with her, and then we begin playing,
Pass the number, round and round, round and round,
Pass the number, round and round,
Who has the number?
And landed in the hands of a usually very quiet child. We ask her multiple times what's the number she's got. These cards are marked with the number of flowers...so we encourage her to look for the flowers. Of course, she cannot find any. I ask her gently to look at the figure again.
She looks at me. Looks at Baishakhi. Finally decides to answer.
"Dim" Egg! she tells us, nodding her head confidently.
I try to hide my face as I'm overcome with convulsions of laughter, and Baishakhi glares at me. Poor thing! She's been their teacher for one and half years now, and I can sense her disappointment and frustration....not to mention, the authorities will not like children claiming zeros to be eggs...though, that kid had a point. How many times did our friends say, "Exam mein anda milega?!?!" Doesn't that count?
*facepalm again* 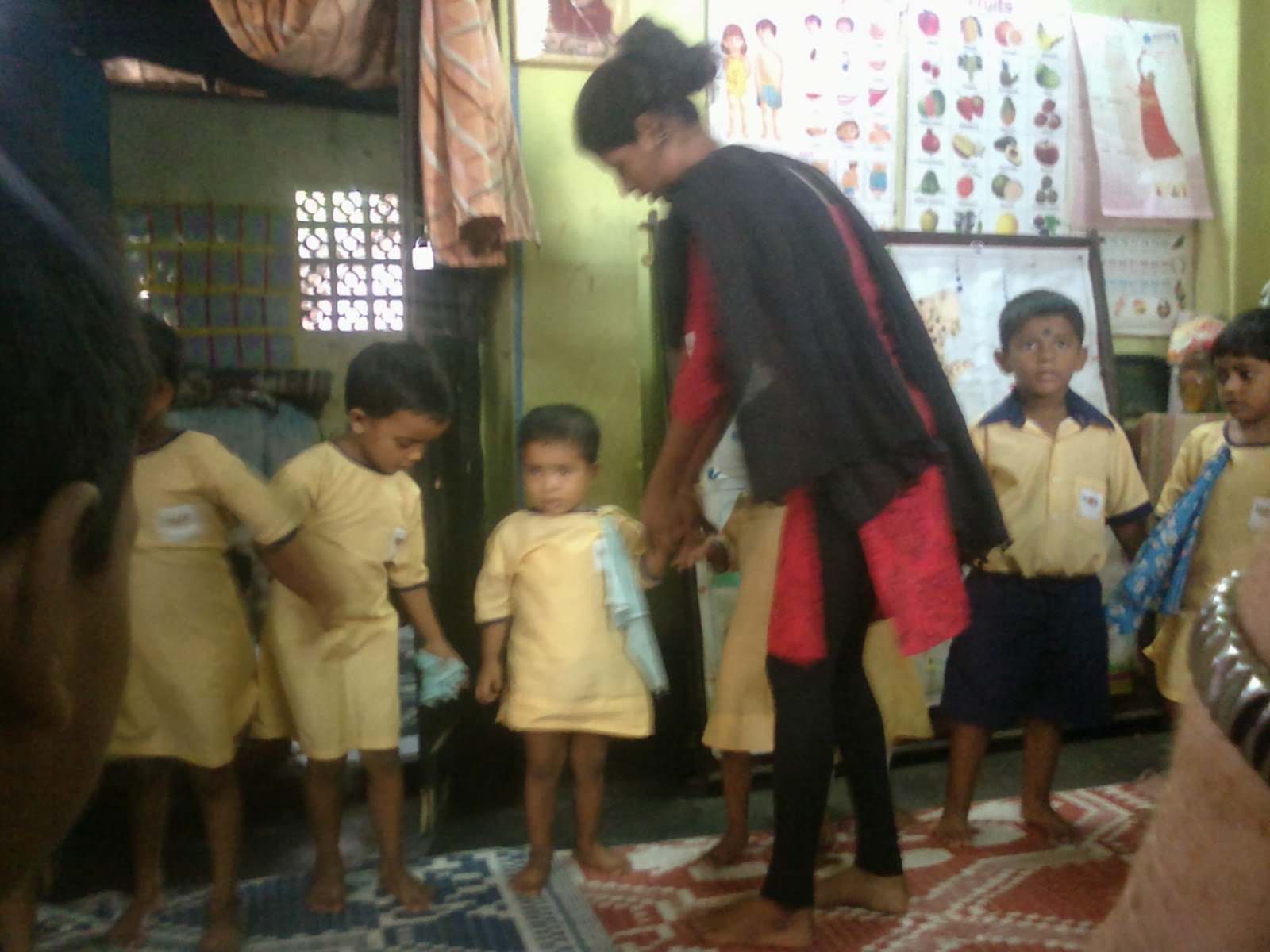 My days in Hope Foundation are numbered now and I honestly don't feel like giving up volunteering. But the coursework for MPhil is getting tougher by the minute... I really don't know what I am going to do, but for as long as I am at Hope, I will sincerely wish and pray, the children give me more stories like these to remember them by and make me laugh whenever the day becomes a little gloomy...
Email Post
Labels: experience funny Hope Foundation love teaching