#Ask Aniesha: When Our Worlds Collide

I had asked the readers of When Our Worlds Collide that they could ask me questions on twitter, with the hashtags #AskAniesha and #WOWC.

Here are your answers!!!

What inspired you to write this book?

Answer: I wrote it to help myself think a little clearly about things. I was living vicariously through Akriti.

What was the most difficult phase that you faced while writing this book?

Answer: The scenes with Akriti's dad. It used to leave me emotionally drained. It's not a nice thing, fighting with one's parents: even fictional.

What are the themes you would most like to write about in future?

Answer: I want to write about deeper things than just romance. I want to explore things like drug abuse, depression, and bullying etc, with of course a little bit of romance.

Answer: I know they do. You just need to keep your eyes open for them.

I love how WOWC ended, but if you were forced to end it another way, how would you do it? Where would 'A' be?

Answer: I had decided at the very beginning that no matter what happens, Zayn and Akriti wouldn't end up together. I find it funny how other YA novels always, always has the girl finally get the guy at the end of the day. In another timeline, maybe she'd end up with Ayoub and begin a war with Esha. But, she wouldn't have ended up with Zayn. That much I can guarantee.

This just struck me: Akriti and Zayn are basically A & Z. What goes around, comes around type. Intentional?

Answer: Originally, Zayn was called Piyush. Then I changed it to Zayn...it was done unconsciously but well, A to Z does have a nice symbolism, doesn't it?

When will I get my Ayoub story?

Answer: I already shared a snippet from it with you, Nivs! :)) And, I don't know. I have two more ideas in the pipeline! 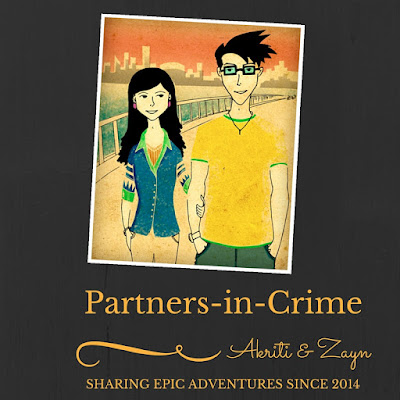