Showing posts from September, 2014
Show all

Musing: Another Piece of my Childhood 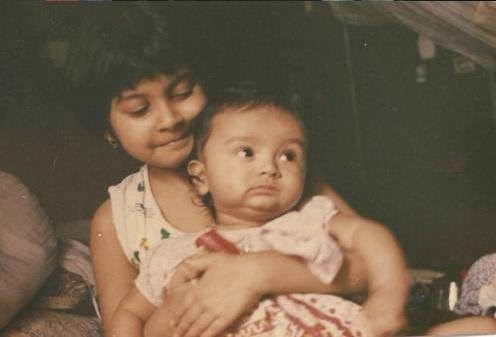 "A sister is a piece of childhood that can never be lost." - Marion C. Garretty
September 2014.
"I still remember the first day you were brought home from the hospital," my sister tells me as we drive from Parkar Parade towards her house, "there was a power cut, and I spent the whole day fanning you."
I smile. Our mother had told her repeatedly, that I was the helpless tiny thing and since she was my elder sister, it was her duty to take care me. Words that I think she took to heart. Because even today - my sister refuses to come to terms with the fact that I have turned twenty five. She still thinks I am the baby that was brought from the hospital, and that I belong to her...and anyone who wants anything to do with me, needs her stamp of approval.
If you don't have an elder sister, I cannot explain. And if you have an elder sister, I do not need to explain.


December 2010.
This was taken during my first trip to Singapore. I have admitted to being po…
1 comment
Read more

Musings: An Ex-Student Talks About #hokkolorob

- September 18, 2014
I have been away from home since 23rd August, but that does not mean that news does not reach me. I have hardly ever used my Facebook page or my blog for anything other than creative purposes. But what happened on the night of 16th September is unforgivable. It made me think when I have a platform to voice my feelings, I should bloody well use it. After all, we want to be heard. What better way to do it than broadcast my thoughts on this blog of mine?

Since I have not been present remotely in the city, I asked my friend, Indrani, to guest post for me.We went to college together for five years. We became the best of friends. And never in our time together we have never experienced something as heinous as the 16th September night And this particular incident has left us both shocked beyond words. Still, on my request, the following are her words and her feelings about the whole matter:


Jadavpur University, the name that floods my mind with sweetest of memories. 5 most important years of…
Post a Comment
Read more 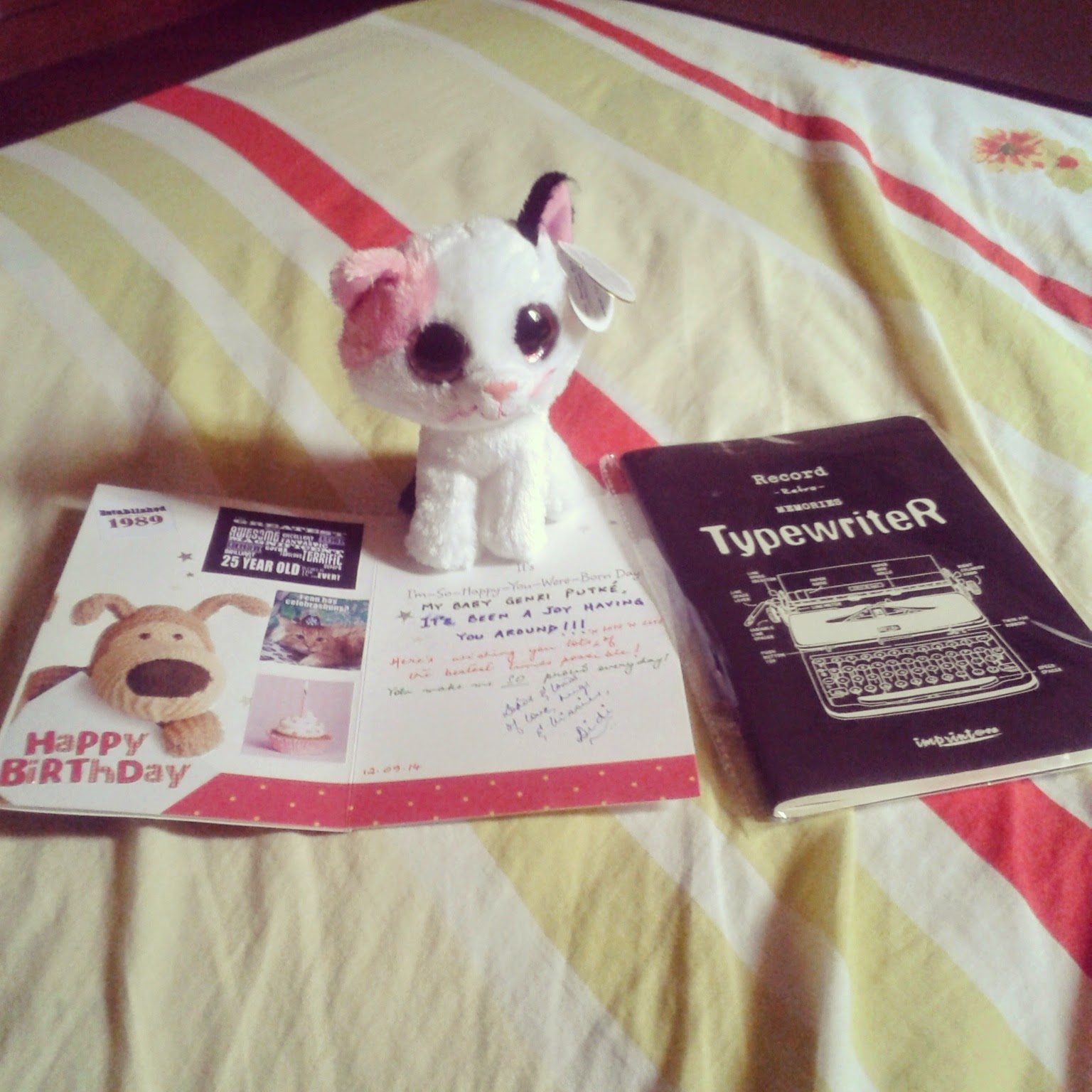 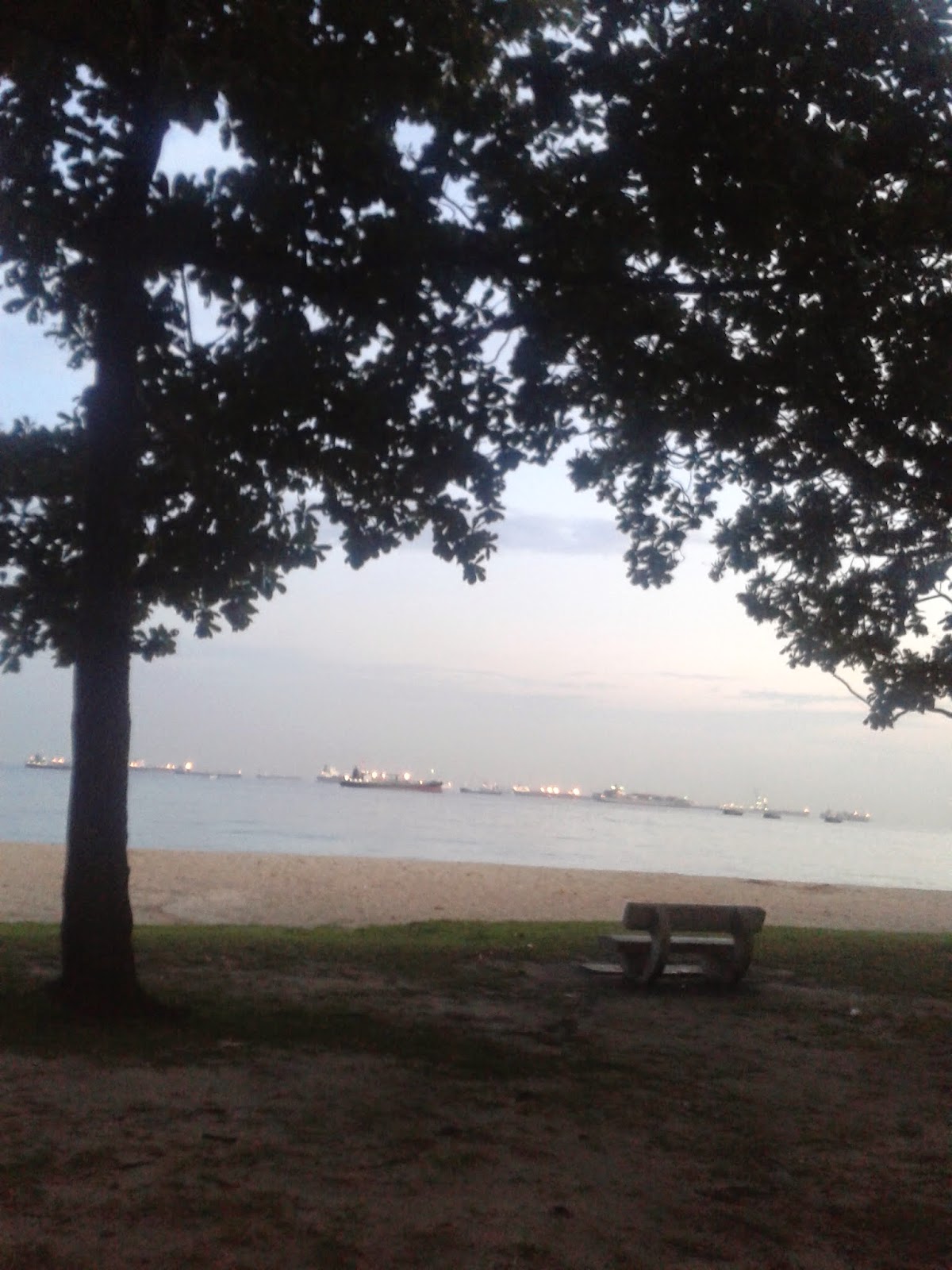 Every time someone asks me what have I been doing while my sister and brother-in-law are busy at work, I say...I'm busy with my own work. And when I finish working (or just want a break), I often walk down to the East Coast Park and spend a good amount of time there.

This week, I think I even stayed there till 8:30 pm one time. Because the place really is beautiful. And I get to ride a bicycle in peace. Something I've missed doing over the last few years of growing up...

It really did feel like I was a kid again....riding the bicycle, with the wind rushing past. Apparently if you learn to ride a bike, you are never going to forget it. No wonder it felt so wonderful...

I insisted on this bike because I was not really sure if I would remember to balance myself. It turns out, I did remember. And quite well at that. It was one of the best evenings here...
We did go out for movies, and dinner, and lunch...they have always been nice. But the whole riding the bike along the east co…
Post a Comment
Location: Singapore
Read more 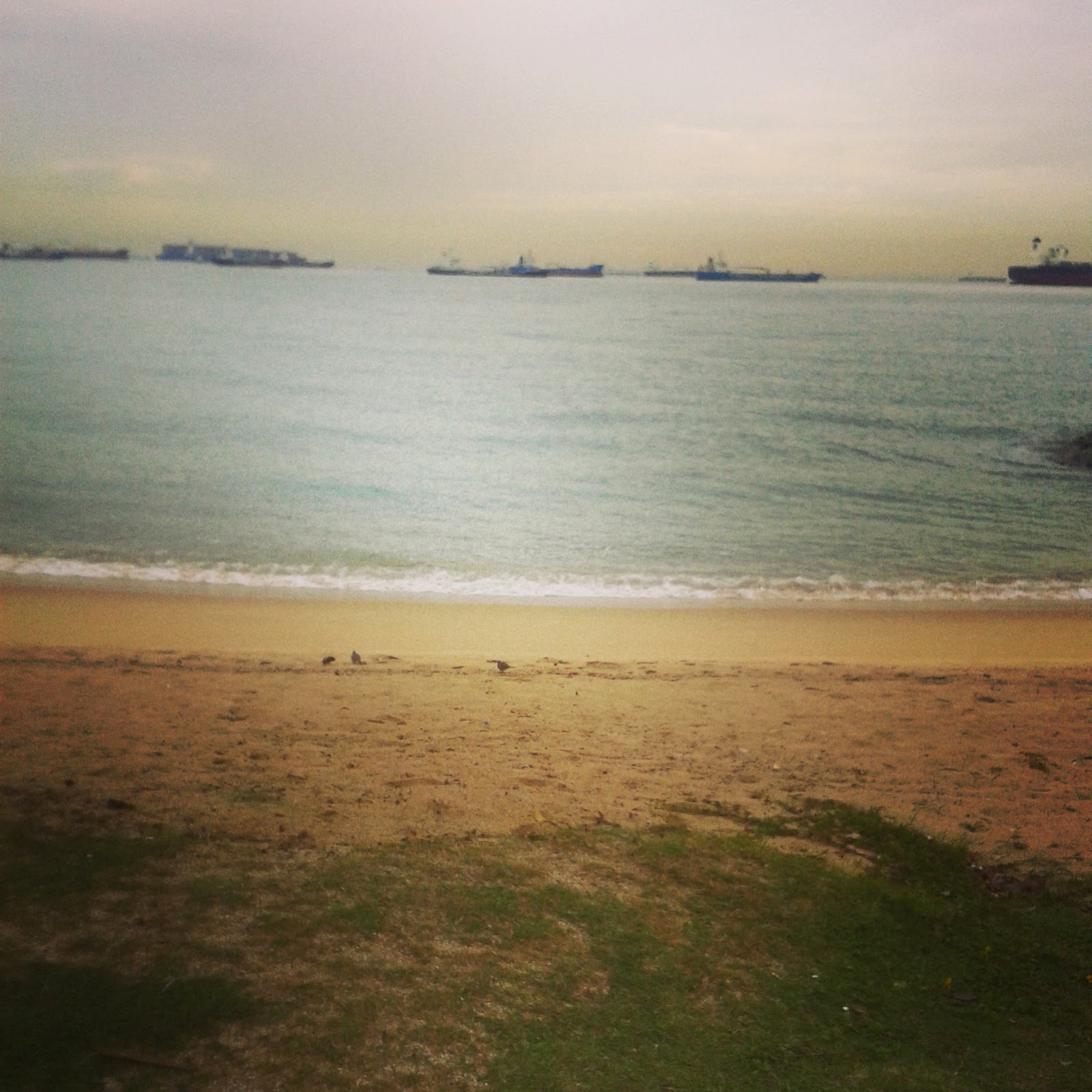 Last week when I got bored out of my mind, and decided to do a bit of exploring of my own. And in some stroke of miracle I found the way out of this beautiful maze Didi and Satyaki da live in called Villa Marina. Then my GPS took me to the East Coast Park. So I had walk for 19 minutes. Well, big deal. I still haven't hired a bike and rode around the park yet. I keep saying, "I'll do it tomorrow." But tomorrow, sadly, has not arrived yet.

And...so I kind of walked as far I dared to stray. (Yes, I'm a little bad with directions. So I was careful. I will still be careful when I go biking either tomorrow or day after. Let's see.)


And then, when I was on my way back from getting dinner. I made a new friend...

I had been missing Pippo a lot. So I thought maybe it was the Universe's way of telling me that there are other friendly cats around too. I just never seem to notice them. Isn't that funny?
I really hope I run into him again! :)