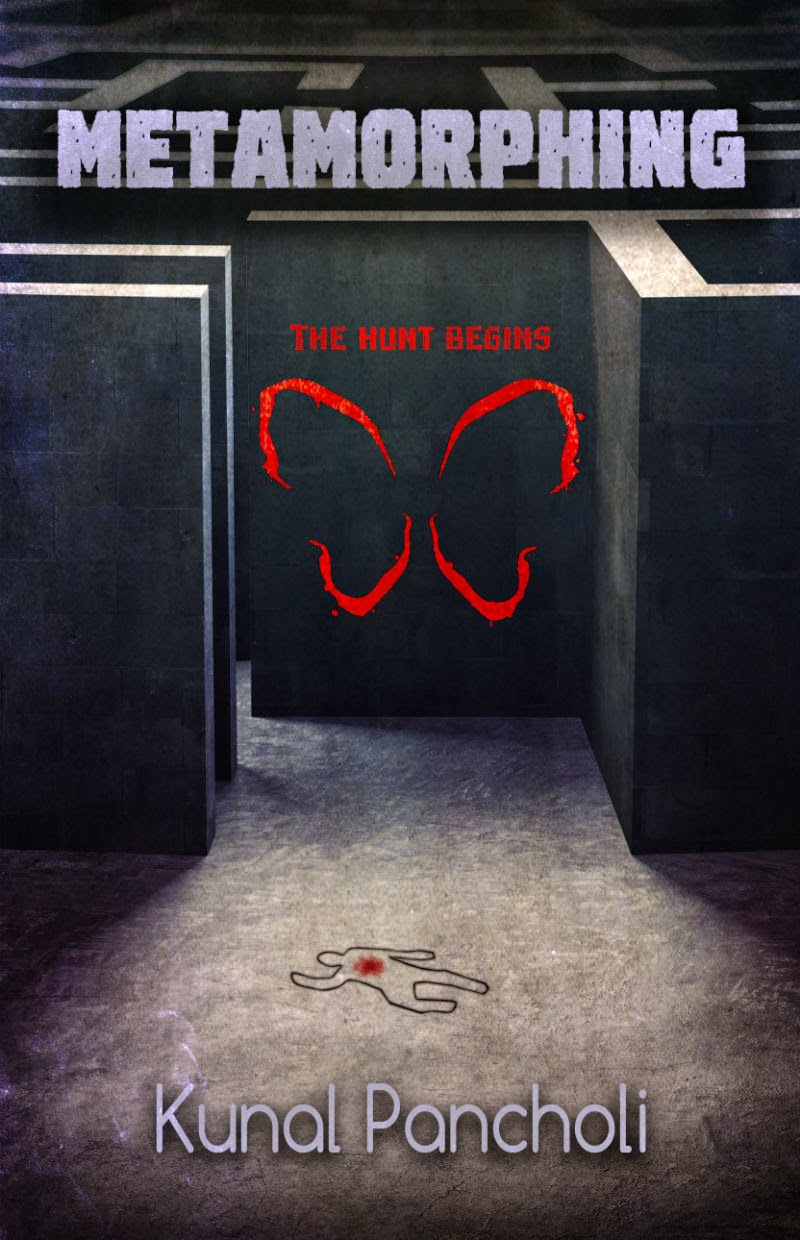 28THAPRIL, 2000: Flight No. 9x4876 bound to Srinagar has crash landed into the Everest Base camp. Unconfirmed reports suggest that the flight mysteriously went off the radar for few minutes and missed its landing. All passengers are feared dead… except for three bodies that are yet to be recovered.
8THDECEMBER, 2050:This, without doubt is the most gruesome murder in recent times. Early this morning, an unidentified woman was found mutilated at the western gates of the abandoned Victoria Terminus Station in Mumbai. Authorities report her head was … well … semi-decapitated and she was drained of all her blood. The shocking part - the crime scene was devoid of any signs of blood spatter…
ROHAN: He was shorter than the shortest girl in school; he had to be ahead in the game!
RUDRA:A man without a past, coaxed into a murder investigation; will he ever grasp the true nature of the crime?
A thrilling tale about two men bound by an untraceable yet undeniable fate - One running away from his past, another unaware of his own. 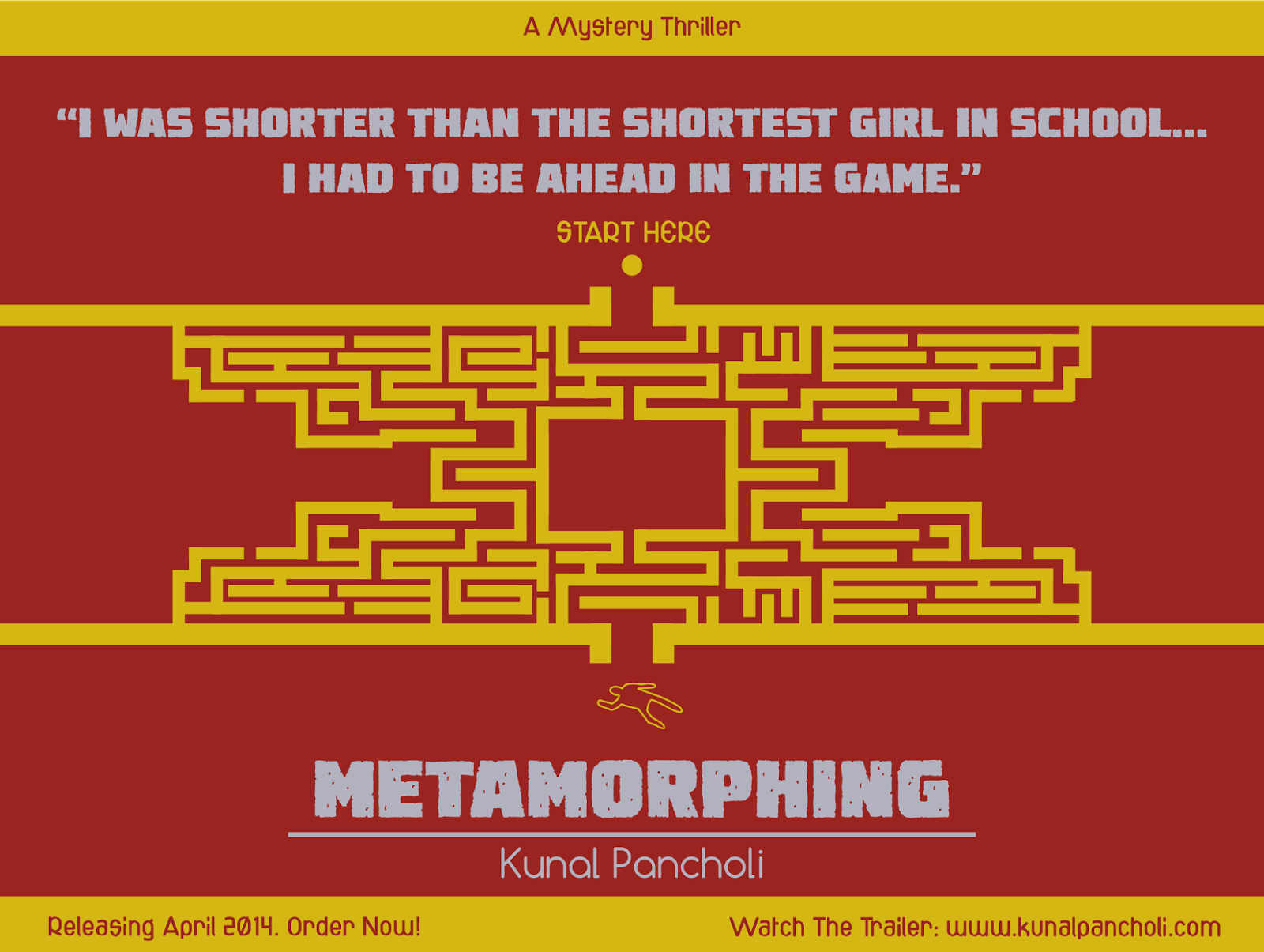 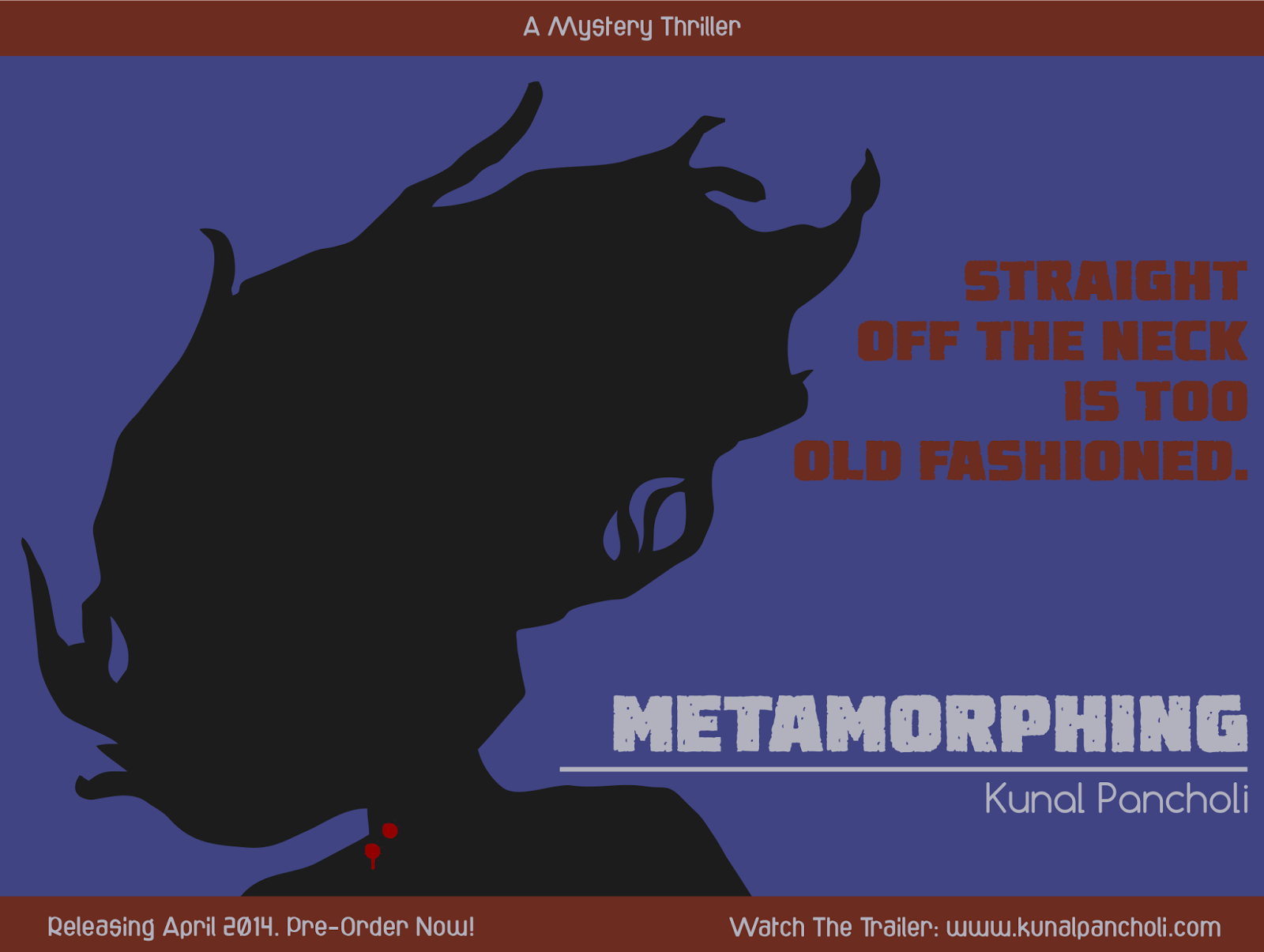 Lesser Known Facts About the Book:
- There is a very strong / intense story of love that is present throughout the book.
- 'Metamorphing' as such is not a real word, rather not a word that is used in the sense that it is supposed to mean (Metamorphosing). I had to spell it out to all publishers while making my submission for the book that I am aware of this fact and I was only playing with words. Was worried that I could get rejected at the mention / sight of the name of the book itself!
- A sneak peek into the college life of a student of Criminology - Learning the ropes of detection, deduction and crime scene investigation.
- There is a Vampire in the book!
- As of now its a trilogy with two parts.
- At one point in time, one part of the book was supposed to be based in the 1900s. 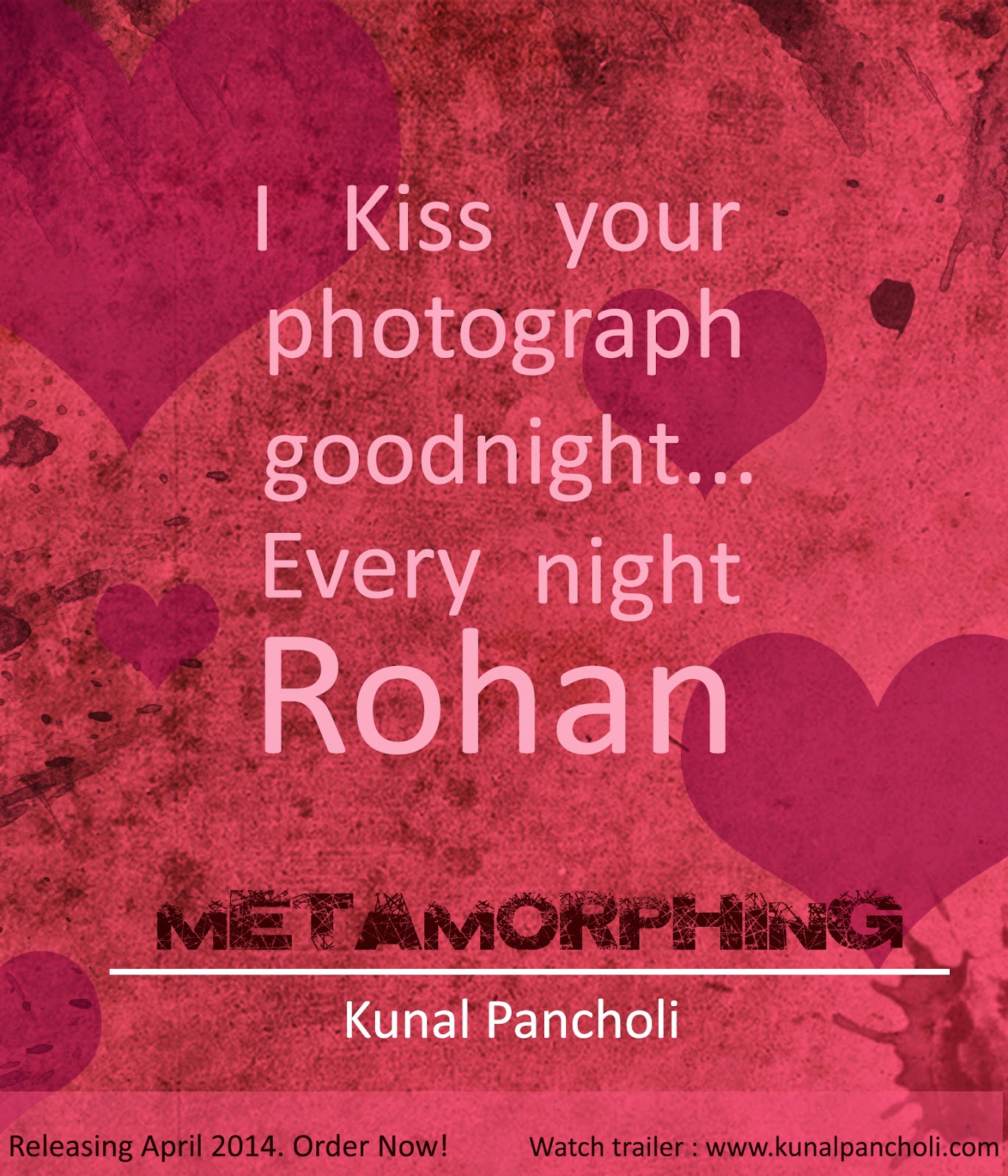 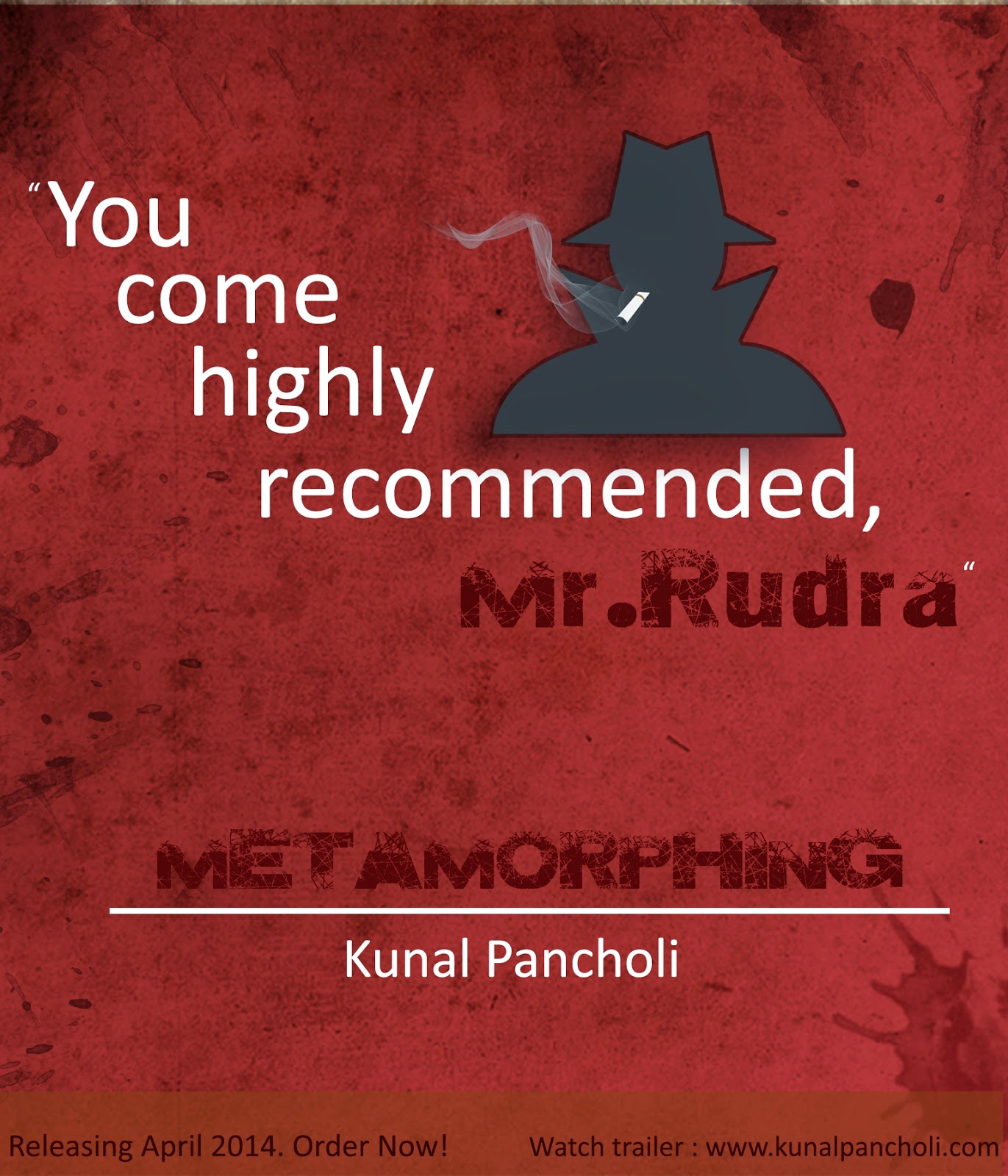 Kunal Pancholi graduated from SRCC Delhi in 2001. He completed his MBA from NMIMS Mumbai in 2006. Previously, in his professional career he has worked with banks, co-founded READO - an audio book publishing company and done a marketing stint with a film production company in Mumbai. Currently he heads Sales & Marketing at a technology start-up. He lives in Chennai with his wife, parents, sister and grand-mom.