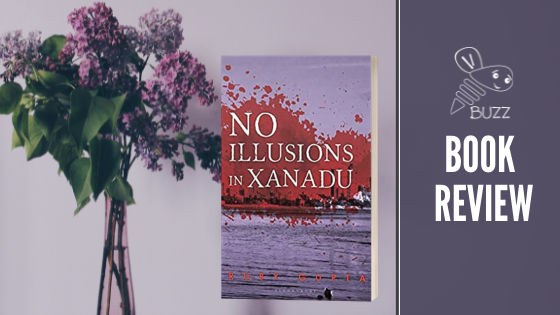 When the devilishly handsome, legendary Bollywood superstar Rajvir Kapoor is found dead in the thirtieth-floor study of his swanky new home, Xanadu, the entire country is aghast. Barely hours before his death, Xanadu, had been teeming with the pick of the country’s elite: hot-shot celebrities, business magnates and close friends and family of the iconic actor – all of whom had come together for the grandest party Mumbai had ever seen. Investigations reveal that Rajvir Kapoor was murdered, and now everyone is a suspect.Professor Shantanu Bose, eminent nano-expert and part-time sleuth, a house-guest at the time, is willy-nilly forced to join the investigation. He finds himself in an alien world of the glitterati and their idiosyncrasies, where murky secrets are revealed and facts muddled. As Shantanu struggles to piece together the puzzle amidst the confusing moral codes adopted by the people of this starry realm, glamorous Mumbai seduces him and he finds himself irresistibly attracted to the enchanting prime suspect … Will the professor manage the tightrope walk between emotions and justice?

After her unputdownable bestseller, A Degree in Death, Ruby Gupta is back with another thrilling Professor Shantanu Bose mystery. This author of eight books, including the hugely popular Maya, and a literary critic of Khushwant Sigh’s fiction, is currently penning her next thriller. She is based amidst the misty Himalayan foothills where she loves to concoct heady mixes of mystery and emotions.

When we first picked up No Illusions in Xanadu, we thought this was going to be one of those usual run of the mill whodunnit cases. Little did we know that we were going to be in for a treat thanks to the kind courtesy of Ruby Gupta.

As we are introduced to the cast of characters, each with their own motives for the murder of Bollywood star Rajvir Kapoor, we begin to wonder who indeed is the killer. You think you know something but Gupta manages to surprise you. Until the very end.

It was our first encounter with Professor Shantanu Bose and he doesn’t fail to impress. We were reminded so strongly of Agatha Christie’s works while reading this novel, that we believe we had began to draw parallels with a lot of the murder mysteries we previously consumed.

You know dealing with the pandemic was hard. But it’s stories like these that make you hope that there is comfort in surrending yourself into the arms of a book. Since it’s a murder mystery, we can’t delve too deeply into the revelations. But we will say this that if you are a fan of murder mysteries and especially ones that have a boat load of suspects, and you want to solve the case along with characters, this one is absolutely for you!

We look forward to reading other books by Ruby Gupta. For now, we’ll just say she got away with the Illusions at Xanadu.