Reflecting on my Mental Health Journey over the Years

“Just because you don’t understand it doesn’t mean it isn’t so.” 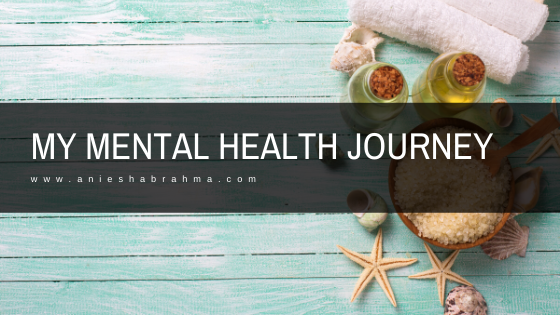 Starting a conversation about mental health is not easy. It never has been. For one thing, until quite recently people did not feel comfortable speaking up and talking about the issues that they might be facing. Honestly – seeking therapy was stigmatized when I was a child. People couldn’t understand why you would need to go see a therapist at all. One of my earliest memories associated with therapy was overhearing some grownups whisper at a party how so and so required to do to a doctor who treated ‘mental’ patience.

Therapy was supposed to be this feared and forbidden word.
People who did seek therapy went out of their way to hide it. They would rather have you believe they are going to the dentist, rather than just checking in on their mental health.

I also remember watching a brilliant depiction of therapy in the movie Harriet, the Spy, and asking my mother if I could do seek the same treatment. (Even I as a kid, I knew something was bothering me even though I never could fully understand what was really going on in my life.)

My mother, having studied child psychology, too knew something was wrong. But back in the 90s therapy was really expensive. We didn’t grow up in the most affluent of households – so therapy wasn’t considered an absolute necessity. (Also, now I stop to think: why was therapy only associated with the rich and the highly bored? Was is it a way to tell us mere mortals that we couldn’t afford it).

Growing up, I sought shelter in the arms of books. Particularly in Harry Potter. I have credited that bookto have actually saved my life. The world of stories was what gave me the strength and motivation to hold on. Until a few days ago, I thought it was book therapy. But my present therapist explained to me that it was a coping mechanism. It felt like therapy because I would feel happy and the world would be under my control. However, it’s still a form of escapism and not what one can term as therapy.

It’s not a secret I hated going to school. While there were some
good things about the place, ultimately the bad outweighed the good. The only time I really enjoyed my education was when I went to college – and met some of my best friends there.

But the – and pardon my language – shit really hit the fan in 2010. I finally went to see a child counsellor who after having me in a couple of sessions, eventually told my family I had depression. She was good at her job because I did learn how to manage depression during the one year I spent in going to therapy sessions with her. Only my closest friends knew about it. I didn’t know how to start speaking up about it either. Social media wasn’t as it is today. It was a place where we lived fake lives…and only broadcasted the happiest highlights. I was also writing my debut novel at the time. I think The Secret Proposal came across as an over-the-top romance because it was my break from my real life.

As my mental health improved, so did every aspect of my life. I felt strong enough to be able to live on my own. So at the end of June 2018, I moved to Mumbai. At the beginning of December 2018, I had a breakdown in the middle of the road – a few paces before my office. That’s when a number on board of a doctor’s clinic I passed by everyday on my way to work jumped out at me. I called Sushma for the first time. She told me upfront she wasn’t a doctor and she couldn’t prescribe medicines. In between sobs I told her I had not seen a psychiatrist before – I would just like to book an appointment with her.

I remember the first session. I caught an early train to make it to my appointment. And…I could barely get through the one hour without breaking down into tears. But I also remember her telling me that we need a plan. Therapy is supposed to give you the tools to manage depression, anxiety, or any other mental illnesses that you might have. And so far the plan has been working wonders. Right now – I have a dedicated IG story highlight where I keep talking about mental health and mental health awareness.

It’s April 2020 now. Due to the lockdown, all of our mental health feels like it’s under attack. I have checked in with my therapist. I was channeling all my energy into being super productive because honestly – I knew the minute the stopped, I would go into a thought spiral. (It did happen three days ago – I took a break from work, napped, did my exercises and now I’m here writing this blog post.)

So what was the point of writing this blog post? Is it to tell you that you can cure your depression or anxiety? Well, for one thing I don’t think people get over their mental illnesses. They do learn, however, to manage it more efficiently. You cannot hold how someone’s brains work against them. Some of us have different chemical balances. This blog post is to encourage people to seek therapy. A lot of us are not comfortable talking about it. Two years ago, even I wasn’t. 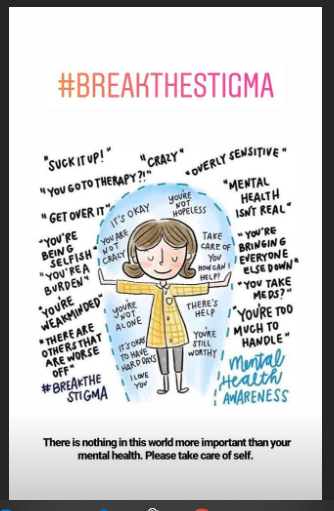 But now I drop mails to my HR citing a panic attack is the reason I cannot function as an efficient employee. It is never easy to ask for help. And it is difficult to admit to yourself that you might not be okay. But – it is okay not to be okay. And it is completely fine if you want to seek therapy without telling the world about it.

However, I hope more people come forwards to talk about their own mental health journeys. Going to therapy should be as normal as going to the doctor when you’re not feeling well. Mental health is important. And people are not seeking attention when they talk about it.

For those of you wondering who this wonderful therapist that helped evolve into the person I should have always been is aka Sushma I R is and how you can contact her, here are the social media links & the email:

Rest assured I will not find out if you do seek her help unless you choose to tell me yourself. Therapist-client privileges, you see. Also, her fees are super reasonable. I love the philosophy that mental health care needs to be accessible to all.

I have seen myself grow into my full potential with her help. And if I can go from being a pretty beaten up and broken woman to someone who refuses to back down from all kinds of challenges life throws at her – so can you.

“Mental health…is not a destination, but a process. It’s about how you drive, not where you’re going.”

Email Post
Labels: anxiety be kind to yourself be okay depression it's okay not be okay learn to love yourself mental health mental health awareness relax seek therapy therapy