"Best friends are the sisters God forgot to give us!"
~ Anonymous

My best friend and I have not been best friends forever. Even though we met when we were 5-6 years old, we did not hit it off at all. It wasn't till 2004, when we were both in 9th standard, that Soumma and I started becoming really good friends. Friendships are not born in one day...and I can bet anything we're the proof of that.

But we're also proof of being crazy, weird, funny and having a world of our own - which makes us both get so wrapped up with each other, that sometimes our other buddies prefer not to meet the two of us together. Despite knowing Soumma for the last nine odd years, it's funny that we never went out shopping together. Nor have we ever discussed jewelry. That has been a more recent development. For some reason (don't ask me what), we discussed the clothes and jewelry part of our lives with other friends. 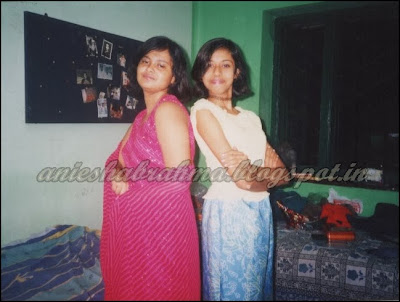 This is the picture from my birthday part in 2004. I had just turned 15...and we decided to dress up and take a photograph. Needless to say, I was reluctant. The girl in the blue skirt convinced me to put on makeup, wear fabulous clothes and well, just pose for the camera. Nine years later, I am so glad we took this picture. It was one of the landmarks of our friendship. 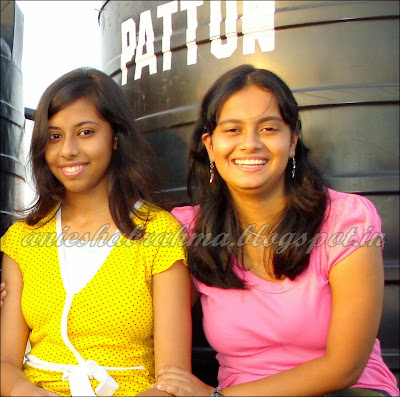 This picture was taken in our friend, Amrita's terrace, in 2006. We had just all entered class XI, feeling so good to have crossed over from class X, so awesome to have cleared our ICSE. It was during this time the already good friendship began to grow more steadily... 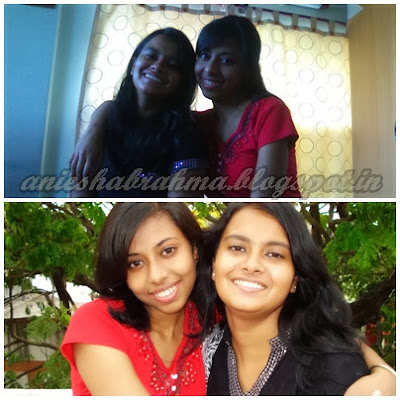 Soumma's experiments continued.... This is us in 2008, I believe. We just gone our separate ways - into two different colleges. Amrita's birthday was an excuse for everyone to meet up, dress up and take pictures. I don't know why people find that so annoying... because tomorrow the pictures taken today would only become memories. Isn't it a good thing to keep as many memories as possible? You never know when you might need to recall them again... I am glad that though I have a lot of memories with Soumma, we still have tons of pictures to keep the record as well. 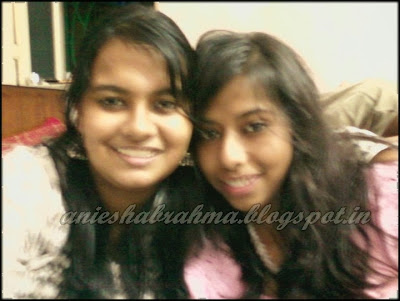 Even with the whole gang meeting up on Ekadoshi in 2010, Soumma and I made sure we had a picture together. This one is a little blurry...but who cares? We're happy. And that's what has always mattered. 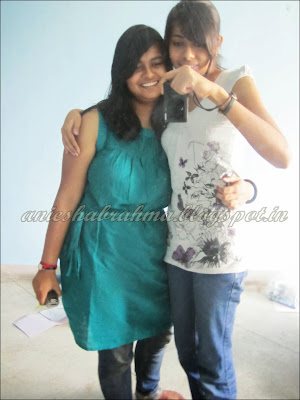 In 2011, we volunteered for my uncle's Art Workshop...and tired and exhausted, we tried to take our own picture... Because that is exactly how crazy we are. Despite spending almost the whole day, running after kids, serving them food (my work), helping them draw (Soumma's department), we were still not that exhausted to click this amazing picture... (one above)

When I began writing my debut novel, The Secret Proposal, during this time, Jasmine's best friend, Meghan Mukherjee, was doubtlessly based on my own best friend. Both of them share quick wit, love giving advice to their friends, love their best friends dearly, and inspires them to follow their hearts. When I do have a fiance, I hope he shares the same bond Meghan had shared with Veer (my book's hero)... ^_^ 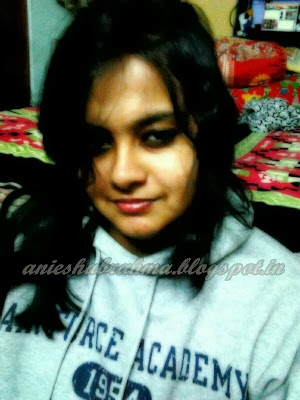 Last year (2012), I had just come back from a trip to Darjeeling with my college friends. The school gang decided to meet up for an impromptu End of the Year party. While we waited for the rest to arrive, Soumma and I got talking... During my week away, she was taking her examinations. We had barely spoken. And for us, not speaking is...like big, fat novels getting stacked up to be read. This was one of the worse phases of my life...and she was there. I was keeping quiet and not really taking part in things with all my heart. She noticed.

"Wait," she said suddenly, reaching into her bag and pulling out the makeup things she carries in them, "I'm going to make you look different."

"How is that going to help me?" I remember asking her, surprised.

"Never underestimate the power of makeup," she had told me.

The result was the picture posted above. Most of people who saw this picture, couldn't believe this was the Aniesha they were so used to.

I began to discover for myself how a little bit of makeup can make you feel so good about yourself. She was one of the main reasons I began wearing kajal to college everyday. And I consult her, every time I have to go to an event all dressed up. She's a natural at this.

Another thing she's a natural at, is clicking amazing portraits of people. So the next photo was taken at a time Soumma was determined to make you look...well, for the lack of a better word, stunning. Who knew this girl possessed the ability to do just that with a tube of lipstick and an eyeliner? She never ceases to amaze me. 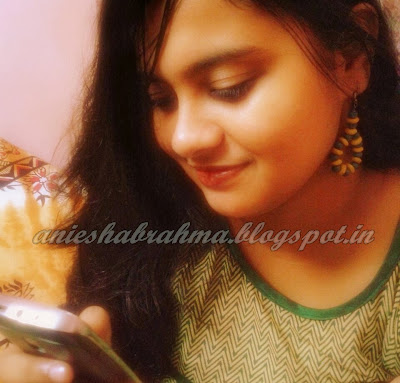 When I got hold of this picture, my reaction had been, "WHO IS THAT?" She's not stopped laughing about it...yet. She's a very skilled lady and I just wish, I could put some makeup on her for a change.

But we had our roles cut out for us since we were seventeen. She's the artist and I'm the writer. If we still remain single by the time we're 30, I am sure we'll go through with the plan we made as teens. We'll hire an apartment together. We'll both  have day jobs and at night - she'll be the artist and work in her studio, and I'll be the writer, concocting tales out of nothing... 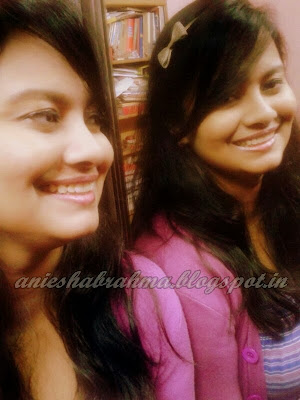 And this was the most recent one of Soumma's clicks. This is me, in her room....and I am smiling happily. She's the one who came up with the hairstyle and the makeup. Once again, I am amazed at what she did...because while she was busy making me look pretty, I was talking nineteen to the dozen, telling her about everything that has been going on in my life.

I guess for us, the dressing up thingy is a one way street. I like playing the model, and she likes being the one experimenting. So far, all her experiments have been successful. (Also, I am a very obedient model!)

These pictures reflect only our good times and that's how I wish to see our friendship. Like every other relationship, we've had our shares of ups and downs. We were there for each other during times of loss, during times when the world didn't seem to care. We have been at each other's throats too. We've have screamed at each other, disconnected phones, switched them off... bought birthday cards together (both being September born), gone to sleep without wishing each other goodnight. Woken up to regret it the next morning.

Taken long walks, talking, musing, pulling each other's legs, staying over, eating desserts, sitting in the terrace and just talking....watching the sunset. (We're too lazy to witness sunrises.) We're only yet to go shopping for clothes with each other.

Oh well. We have a lifetime ahead of us do all the things left undone on our lists.

I'm just thankful for having her for my best friend. After all, they say you've done something right, to have at least even ONE good friend. 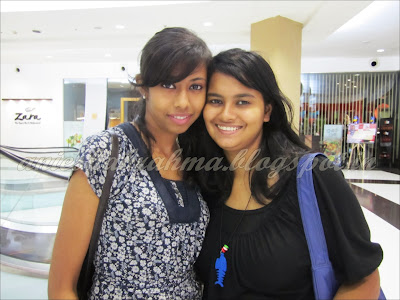 I would just like to thank Dove, for giving me the opportunity to blog about all the regular but weird things we have done together...

Some friendships are meant to survive beyond school.

P.S. - I just wish you had an internet connection.